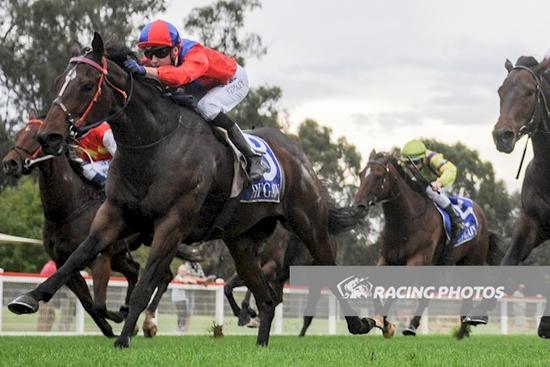 Carlingford battled tough conditions and a serious eye injury to get up at Seymour recently in a BM78 in poor track conditions. Clods thrown up from the course pierced the cornea of his eye and a liquifying ulcer quickly resulted. Luckily the individual care given by the team resulted in this being picked up early and emergency surgery has probably resulted in the eye and his racing career being saved.

Racing Victoria are investigating the issue but we believe that the very least they should do is refund our rightfully angry owner for his substantial vet bills incurred due to substandard and dangerous track conditions. See the article on racing.com for further details.

This tough as titanium little bloke always gives everything he has and combined with a great ride by young Fred Kersley, he has shown he has returned a better and stronger horse. His time for the 1000 metres was quick in the conditions and he put the others to bed in a fairly dominant fashion despite having the eye injury.

Now that he has got the BM 78 out of the way, we will plot his progression carefully as he moves up to city grade races again. He has amassed quite a record now 20 starts for 5 wins, 3 seconds and 1 third and earnt a tidy amount for his owner.

The upside potential for this boy is huge and we look forward to getting him back fit, well and winning again.